Estate Planning in the News: California Decides for Anne Heche

Question: What happens when a celebrity passes away without any estate planning?

Answer: The same thing that happens to anyone else who dies without an estate plan. The court decides.

On August 5, 2022, actress Anne Heche swerved off the road into a residence. Ms. Heche was taken to the hospital and was pronounced brain dead.  At the time she passed away, she did not have a will or trust in place.  As a result, she did not formally appoint anyone to control her estate at the time of her passing.

Ultimately, the court appointed Mr. Laffoon as the administrator of Ms. Heche’s estate.

In the wake of the court’s decision, there is no way for us to know whether Ms. Heche’s wishes, whatever they may have been, actually came to fruition.  Without a will or trust in place, the court was left to decide the matter based on statute.  It is conceivable that Ms. Heche may have, in fact, preferred that her estate be managed by someone other than Mr. Laffoon, but because she did not create her own estate plan, the State of California essentially decided for her.

Who administers an estate if there is no estate plan at the time of death?

If a person passes away without a will or with a will that does not name an executor, the court will name a personal representative to administrator the decedent’s estate.  The court uses California Probate Code Section 8461 (the “intestacy statute”) to determine who should act as personal representative for the purposes of the administration of the decedent’s estate.  Section 8461 states, in pertinent part:

1. Surviving spouse or domestic partner as defined in Section 37.

7. Issue of brothers and sisters.

(**The full statute contains more categories. Not all categories are listed here, for brevity. Please refer to the statute for the entire list.)

Who receives the estate if there is no estate plan at the time of death?

When a decedent passes away without a valid will or trust, the manner in which their assets will be distributed will ultimately depend on California’s intestacy statute.  Below are some of the most common situations:

Could this have been avoided?

Yes. And quite easily, in fact.

Although Ms. Heche’s death was untimely, the dispute over who would act as her administrator could have been avoided entirely.  If Ms. Heche would have had an estate plan in place, including a living trust, Ms. Heche’s assets could have avoided probate altogether and could have been distributed directly to the people she wished to receive her assets.  Also, she could have structured a trust to ensure that her minor child was properly taken care of.

What is a Will? Should You Rely on One or Not?Blog, Estate Planning 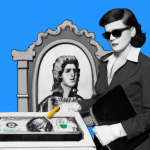