Benjamin Franklin once said, “In this world, nothing is certain except death and taxes.”  Assuming that’s true, one might assume that the so-called “death tax” (e.g., the estate tax) is simply unavoidable. After all, the death tax (estate tax) combines both elements—death and taxes!  It is a tax that naturally arises as a result of a death.

But is this really the case?  Is the estate tax unavoidable?

Before we answer that question, let’s first clear something up.

What is an Estate Tax?

An estate tax (which can sometimes be referred to as a kind of “death tax”) is a tax that is levied against the property remaining (e.g., the estate) after its owner has passed away.  Estate taxes can be levied by both the state and federal governments.

So, what about the federal estate tax then?

There is a 40% federal estate tax.  That’s right, when applicable, the estate tax is a hefty 40%!

The good news (for nearly everyone):

The Federal Estate (and Gift) Tax:

As for married couples, they essentially get double the exemption amount (e.g., $12.92 million dollar exemption per spouse).  Yes, that’s right, if you are married and happen to die in 2023, then if your spouse takes the proper steps before he/she also passes away, then your combined estate will essentially get to avoid any federal (and California) estate tax on the first $25.92 million dollars.

This is why the federal estate tax only affects roughly 2,000 of the approximately 2.8 million people expected to die in America within a given year.

Taxes are Subject to Change:

The current law which established these historically high federal exemption amounts will phase-out in January of 2026.  After that date, the federal estate tax exemption will no longer be so friendly on estates.  It will drop to roughly $5,000,000 per spouse (plus whatever inflation adjustment is added to the exemption amount by then).  That is, however, unless the federal government passes a new law to keep exemption amounts at the higher rates before the phase-out date.

The Biden Administration has proposed tax laws that would drastically affect estate taxes and the estate tax exemption. At this time, however, the changes proposed by the Biden Administration have not been enacted by Congress. Stay tuned to this blog and our social media pages for future updates on this and other issues that affect estate planning. 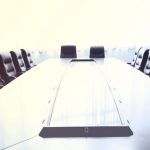