WHAT’S THE DEAL WITH THE PROPOSED ESTATE TAX REPEAL?

With President Trump and the Republicans in Congress hoping to rewrite the U.S. tax code before the end of the year, the House of Representatives and the Senate will eventually have to agree on what to do with the estate tax.

Under current law, the estate tax is not assessed on estates which fall below the federal estate tax exemption level.  The exemption level is presently set at $5.49 million for individuals, and $10.98 million for the estate of married couples.  This means that only 0.2% of all estates are now subject to the federal estate tax.  According to the Internal Revenue Service, in 2016 there were approximately 12,411 estate tax returns in the United States, and of those only about 5,219 ended up owing any tax at all.

What does the current House bill propose?

As of November 21, 2017, the House’s current bill seeks to raise the federal estate tax exemption rate from $5.49 million to about $10.98 million for individuals, lasting until 2025.  After 2025, the House bill proposes that the estate tax be eliminated altogether.

What effect would a repeal have on the national debt?

According to Congress’s Joint Committee on Taxation, the House bill would mean only about 2,000 estates would likely have to pay any estate tax.

It’s estimated that the reduction and subsequent elimination of the estate tax would likely cause the federal debt to increase by over $150 billion within a decade.

So, who believes that the elimination of the estate tax is a good idea?

Proponents of the House bill argue that a full repeal is necessary because an estate tax will harm farm families and business owners.  President Trump has championed this position.

However, opponents quickly dismiss this rationale, arguing that very few farms and small businesses are actually subject to estate taxes under the proposed heightened estate tax exception limit.   They argue that this repeal is simply a giveaway to the wealthy special interests who fund the politicians who fight for repeal.

What does the Senate bill propose?

Instead, the Senate bill seeks to reduce the number of people who have to pay the estate tax by increasing the size of estates that would otherwise be subject to the estate tax.

The Senate and House will have to agree on a bill.  Whether that’s possible is still unknown at this time.

Is repeal a good idea?

The proponents justify the repeal of the estate tax, which they call the “death tax,” under the rationale that the tax is unfair as it taxes money which has already been taxed.

Opponents of the estate tax argue that repeal is just another “giveaway” to the mega-wealthy– the top one tenth of one percent (the 0.01%).  To bolster their argument, opponents point to Thomas Jefferson, Thomas Paine, and the father of free market capitalism– Adam Smith, who each argued in favor of the “equality of property” as a necessity in order to maintain the “spirit and principle of a genuine republic.” Adam Smith argued:

“A power to dispose of estates forever is manifestly absurd. The earth and the fullness of it belongs to every generation, and the preceding one can have no right to bind it up from posterity. Such extension of property is quite unnatural.”

We will have to see how this plays out as the year comes to an end.  Stay tuned! 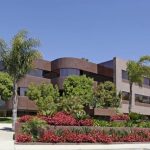 KOZA LAW GROUP IS MOVING TO A NEW ADDRESSBlog 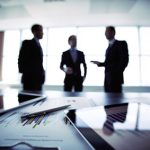 DON’T TRY THIS AT HOME (UNLESS YOU MUST!): WILLS, TRUSTS, AND ESTATE PLANNINGBlog