In a May 17 opinion, one of the country’s most esteemed judges not on the Supreme Court, Hon. Richard Posner of the United States Court of Appeals for the 7th Circuit, took the time to vent about a commonly held frustration– legalese.

“I disagree merely with the rhetorical envelope in which so many judicial decisions are delivered to the reader,” wrote Judge Posner in his legal opinion in the case of USA v. Dessart.

Going after commonly used terms like “great deference,” “narrow tailoring,” “abuse of discretion,” and “material errors of law,” to name just a few, Judge Posner slams the judicial system which has come to rely on these buzzwords, at perhaps the cost of critical thinking and real legal analysis.

Does he have a point? Yes.

It’s long overdue for a judge of the caliber of Judge Posner to make these constructive criticisms of the legal profession. Legal buzzwords can take on a life of their own, becoming almost impervious to actual reason and critical examination. All too often, legal professors, judges, attorneys, and law students get hooked on these types of terms as a way to escape the intellectual pains that come along with real analysis– using these kinds of terms as a way to circumvent the hard work of nuanced legal examination and critical inquiry.

To put it simply– legalese can be used as a crutch for the lazy legal practitioner, or at its worst, a veil covering up the deficiencies of the incapable practitioner.

But are all usages of legalese worthy of scorn? No. There is a place for our specialized jargon.

Legalese can be effective when used sparingly as shorthand to avoid turning every non-essential legal point into a lengthy treatise publication. When used conservatively, legalese can be a very useful respirator for deep dives into the law.

That being said, Judge Posner is wise in reminding the legal community to be on guard about the usage of legalese.

In an interview with the National Law Journal (subscription required), Judge Posner states: “They imbibe all this stuff at law school because the professors– they’re immersed in the same culture and I don’t really think it’s a healthy culture. I think in any area in which you can express yourself adequately in the ordinary day-to-day language, it’s much better than having a specialized vocabulary.”

Well stated, Judge Posner. And thank you for making these points. 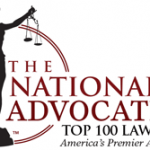 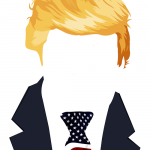 WHAT EFFECT WILL TRUMP HAVE ON ESTATE PLANNING AND TAX LAW?Blog