The Defense of Marriage Act, popularly known as DOMA, will no longer stand in the way of same-sex married couples and the immigration laws of the United States.

On July 17, 2013, the Board of Immigration Appeals decided that Section 3 of DOMA was “no longer an impediment to the recognition of lawful same-sex marriages and spouses under the Immigration Nationality Act if the marriage is valid under the laws of the State where it was celebrated.”

In this historic decision, individuals can have their same-sex marriage recognized for immigration purposes and benefits so long as they were married in a State that recognizes same-sex marriages. Benefits include, but are not limited to, fiancé and fiancé visas, immigrant visa petitions, refugee and asylee derivative status, inadmissibility and waivers of inadmissibility, removability and waivers of removability, cancellation of removal, and adjustment of status. 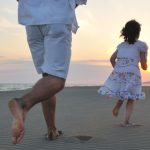 ESTATE PLANNING FOR WOMEN – WHY IS IT SO IMPORTANT?Blog