Why You Don’t Want to End Up Like Aretha Franklin

Upon reading the title of this post, you may ask yourself, “Why would I not want to end up like Aretha Franklin?”  After all, Franklin was an internationally acclaimed artist.  Not to mention, when she died, her net worth was estimated to be $80 million.   And yet, Aretha Franklin died without any will or living trust.   Because of this, her children may be left with years of court entanglements, (avoidable) fees to pay, stress and uncertainty, and an increased risk of familial dispute.

Where will Franklin’s Assets Go?

Although Franklin was unwed at the time of her death, she was survived by her four sons – four sons who are now left with an estate in need of immediate probate.  To make matters worse, they will have no guidance from the departed Queen of Soul.

When someone dies without a will or trust, the estate is divided according to state law.   Franklin lived in Michigan for most of her life and also died there.  According to Michigan’s intestate succession laws, Franklin’s estate should be divided evenly between her four children. Sounds easy so far, but without a will or trust to declare the decedent’s intent, litigation often eats into estates.

Even if Franklin had wanted her estate to go solely to her children, by not having a will or trust, her estate will have to go through a long probate process.  Probate is costly and stressful.  It also opens the door for disputes.   And because it is a public proceeding, disputes are more likely to become a public soap opera.

Had she just created a trust, she could have avoided probate altogether!

According to the Washington Post, Franklin is not the first celebrity to die without leaving a will or trust.  Prince, whose estate was estimated to be between $100 million and $300 million at the time of his death in April 2016, did not have any estate plan.

Bob Marley also died without a will or living trust.  For more than 30 years after Marley’s death, his heirs were still battling over his estate in court.

Likewise, Jimi Hendrix died without a will. His family also battled over his estate for over 30 years.

Just imagine the pain these families could have been spared had there just been a little bit of planning.

It is true that we may not all die leaving an estate valued at $80 million- or even close- but what we can do is still just as important to those we leave behind.  With proper planning, we can preserve our assets, maintain our privacy, and even ensure that our values are upheld even after we are gone.   Sometimes, the best thing we can do is to face mortality.

R.E.S.P.E.C.T. for Dying with an Estate Plan

There’s a lesson we can take from the Queen of Soul- respect the estate plan.  If you don’t have a living trust or a will—speak with an attorney—before it’s too late. 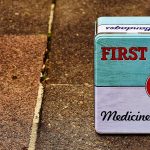 WHAT’S IN YOUR “RED FILE”?Blog 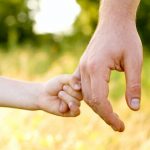 The Pour-Over Will: A SafeguardBlog